I took this picture in London's Hyde Park in the summer of 2014. 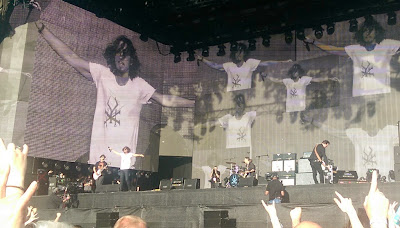 Chris Cornell, iconic singer of the band Soundgarden, who helped define the 90s grunge sound and was still successful to this day, killed himself last week.

David Foster Wallace compared suicide to jumping out of a burning building, and went on to say the annoying thing is when someone jumps out of an actual burning building everyone else can see the flames and say oh yes, that at least makes sense. That the fire is inside your head and invisible to everyone but you doesn't make it any less painful, or any less real. So when I hear about a tragic suicide I don't blame, I don't try to understand. My heart aches and I say it's a damn shame we couldn't put out that fire in time.

If you ever feel like you're trapped on the top floor with your back to the window and the heat of the flames against your face, hold out as long as you can, alert the rescue crews. Know where the nearest emergency exit is and test your fire extinguishers regularly.