The commute between Palo Alto and San Francisco is helped by the fact that both ends are at a major train station, a ten minute walk from home, two blocks from the office. Wake up at seven, on the train by seven-ten, get a seat with a table. Coffee and laptop warm and ready, the peninsula glides by, quiet and smooth. 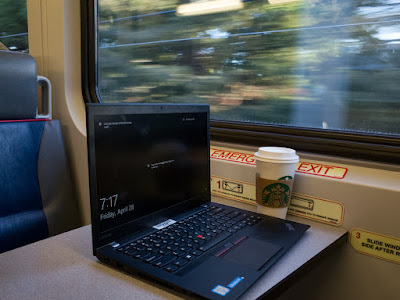 Forty-five minutes later we pull into the San Francisco station. 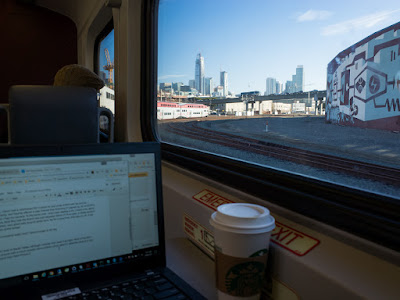 From there it's a short light rail ride to the office. By eight in the morning I'm either sitting at my desk or a coffee shop. If I wrote a sci-fi future, we would all commute this way.