Postcards and Not Postcards

Is there any possible way to take a picture of a cable car that doesn't look like either a unimaginative tourist snapshot or cheap postcard? I don't think there is. I've tried. 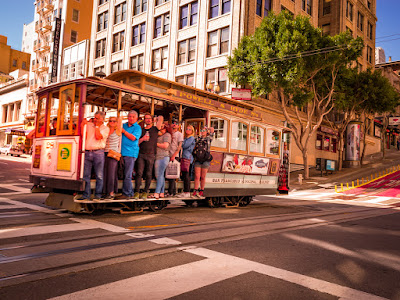 So here's the story. A month ago I started a new job in San Francisco with a commute in which a train drops me off at the Powell Street cable car turnaround, where tourists line up to watch their novelty ride arrive and get rotated until its nose points dutifully up the hill, and from there, past the kiosk where they all bought the tickets they now protectively hold, I walk up four blocks alongside humming cable tracks, then left half a block to the office. In the heart of the city! 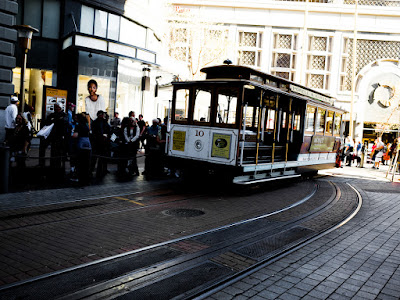 And every weekday for the past month I've been taking pictures on my way to and from work, at lunchtime, morning and afternoon walks, random meanderings around the block just to avoid the unhealthy trap of sitting at a desk all day. Since I always have my little digital shooter handy (the Ricoh GR II, a DSLR sensor in my pocket! tack-sharp prime lens! film simulation effects!), I thought this might be a great opportunity to expand my pictorial horizons and try what's known as "street photography." Imagine every day a photo walk, exploring new scenes, making interesting-looking compositions that tell a story, capturing city life like a wannabe Garry Winogrand, and-- hey! look! a streetcar! 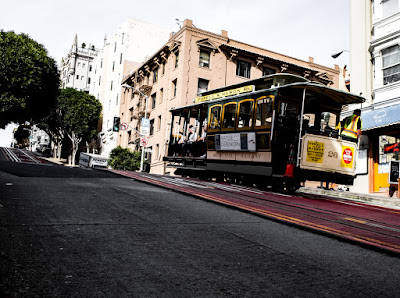 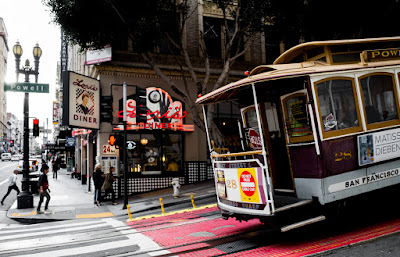 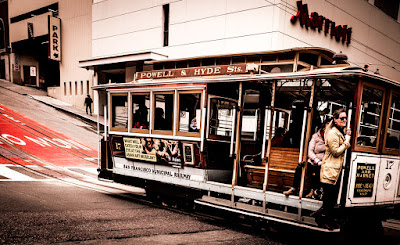 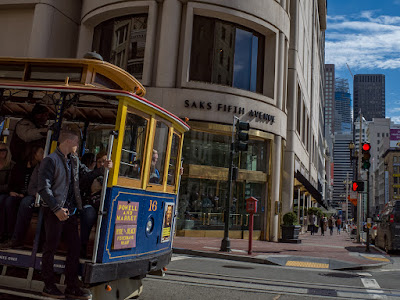 No, it's all very postcard. Hardly worth noticing. Who would bother?


Just keep your eye on your phone. 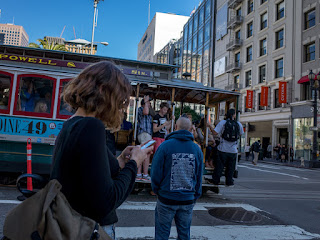 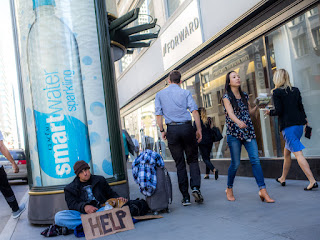 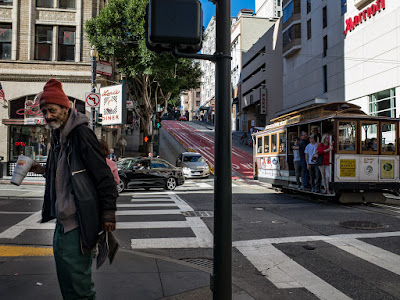 
And I figure as long as you're here. Why not. 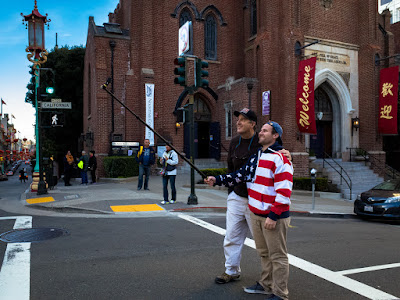 Next thing you know it's getting to the point where lunch is a selfie and girls with cameras in coffee shops make pretty picture windows. 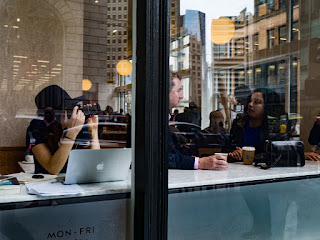 There are a lot of restaurants, a lot of coffee shops, and a lot of cameras.

I shouldn't be so cynical.


It can be quite beautiful. 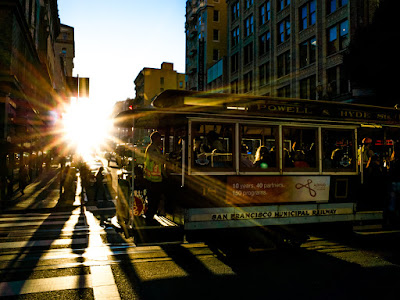 And people are having a good time. 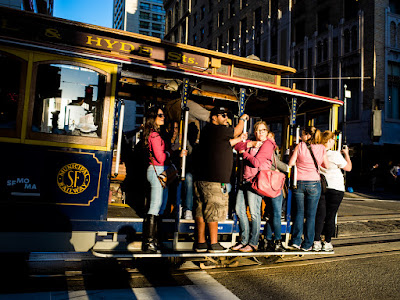 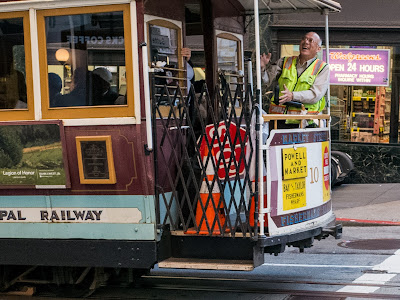 So who am I to judge?