When I Became Serious about Photography

We all have a story and it can start anywhere, so pick your favorite spot. Me, I was sitting by the pool on the coast of Hawaii reading a first edition copy of The Electric Kool-Aid Acid Test by Tom Wolfe. 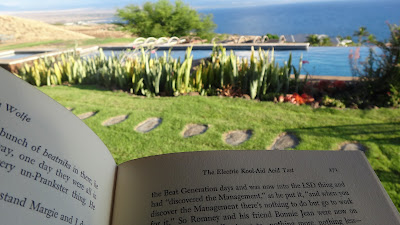 I had a reclining chair,

a beer in hand, 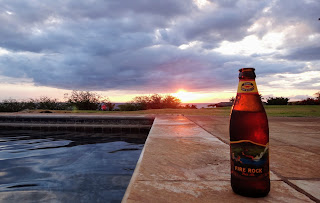 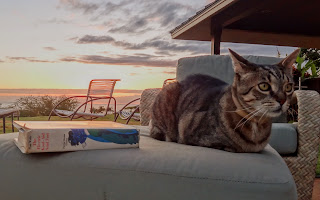 
and a cat named Atticus underfoot. 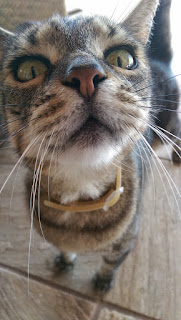 The sun sank into the sea and I in my thoughts. 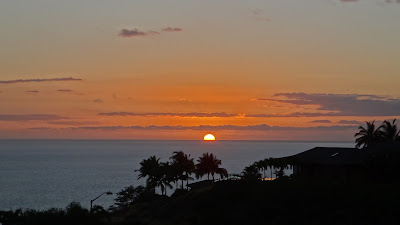 The stars came out and I found myself contemplating, ruminating even, on the night sky (and a breakup I never really got over, if I'm honest). I used to take pictures of that sky, I thought.

Look, when I was a kid I loved astronomy more than anything. I was fiercely curious about the nature of space and determined to learn how light moved across the cosmos, traveling vast distances to our little planet here where we can capture it, refract it in just the right way to get a good image of everything, everywhere. I used my father's 35mm SLR to take pictures of the stars and planets and even built my own telescope camera mount for tracking long exposures. I remember capturing the nebulae of Cygnus, polar star trails, craterscapes on the moon, the rings of Saturn. I collected the best of those photos in an envelope and somewhere in my late teenage years, lost it. Every one of those pictures is gone but the passion for astronomy and science stayed with me my whole life. I eventually landed my dream job at the National Radio Astronomy Observatory in Socorro, NM.

That's why, beer in hand and mind in the sky, I started thinking about digital photography in a serious way. 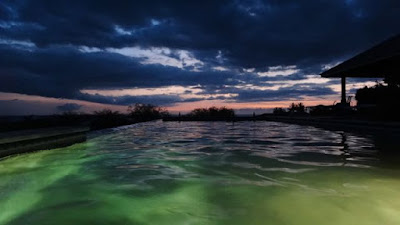 Even with a small cheap camera you can take fantastic pictures and maybe in this case I threw off the camera's white balance by accident, but I like the result.

My background in astronomy gave me a bit of a head start on your average beginner camera enthusiast, I'll admit. It helps that I already knew the geometry of optics, how light of different wavelengths travels through different glass at different speeds, what photons do when they strike a photodiode, and more or less what a Fourier transform is (something you do on a computer). I tried and failed to get through Richard Feynman's Nobel prize-winning Quantum Electrodynamics explaining the details of how light and matter interact on a subatomic level. I don't know everything but I know a Feynman diagram when I see one. I know light slows down when traveling through glass and that causes refraction. I know about ray tracing and wave guides. I know about diffraction and the camera obscura. And I know photon energy is a function of frequency. And frequency, wavelength, and color all essentially describe the same thing.

It was actually choosing a camera I found difficult. I could go down to Costco and buy one of the more popular DSLRs - a Canon EOS Rebel SL1 with kit lens, but I really wanted to do more research than that. I didn't want to be stuck with a camera that isn't right for me. I had another week in Hawaii. After that I was heading to Kilimanjaro. So I went "summiting Kili" with my small, waterproof, but inevitably inferior point-and-shoot compact - the Sony TX10 with a smallish 1/2.3" sensor. Still got some great memories.


The last night before we were to summit, I borrowed a companion's camera and took a 30 second exposure of the Big Dipper over Kilimanjaro, my first picture of the stars since... well, for a moment I felt like I was once again that kid growing up in East Texas staying up late with his father's old 35mm SLR, getting to know the stars and capturing their light.


And when I got back, after weeks of research, what did I get? I bought the EOS SL1, the same one I could have picked up at Costco without much thought. However, I eschewed the kit lens in favor of the just-released super-sharp 24mm f/2.8 "pancake" prime for walking around in classic 35mm style. 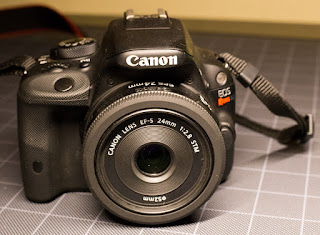 My first excursion with this new kit was a backpacking trip in Yosemite.

The 24mm prime takes pretty good pictures! Especially considering I hadn't had much practice yet. These were shot at f/5.6 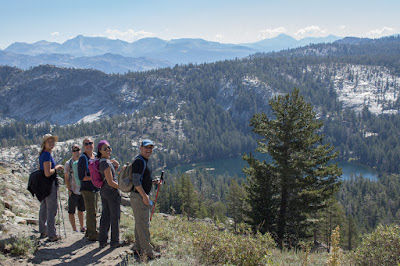 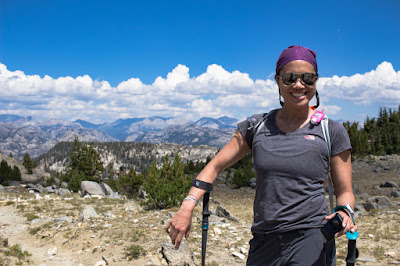 I like to think I'm in every picture when I'm behind the camera, and sometimes I am! If you look closely you can see me crouching in Cheryl's sunglasses. 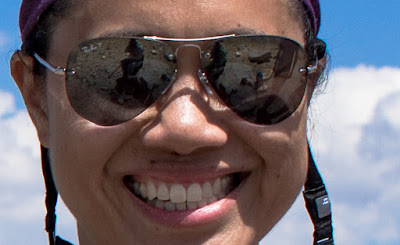 I also bought an all-manual 14mm f/2.8 for landscapes and astro and got some practice photographing the stars, culminating in this nighttime picture of our campsite, a 25 second exposure at ISO 3200. The northern arm of the Milky Way is visible with the constellation Cassiopeia, as a satellite streaks behind the trees.
Looking back to that moment in Hawaii I see a before and after, in terms of camera gear, learning skills, and even attention to detail. Before it was cheap compact cameras, smart phones, and point and shoot. After was DSLRs, pro-level compacts, careful composition, and post-processing. Big difference in sharpness, color, and quality. But whatever the equipment, it's all about the memories. 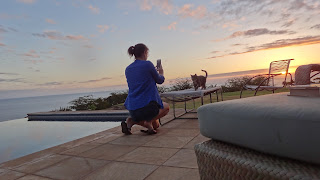