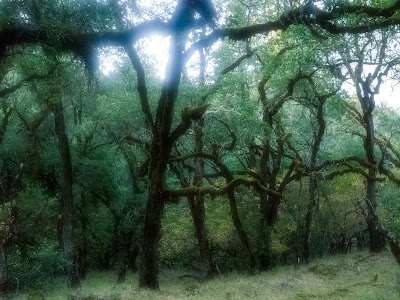 "Orton Effect?" You know it, it's that dreamy Hobbit-in-a-forest look. That glowing nature dreamscape. If you've ever seen a landscape photo that seems to, well, glow, you've seen a picture inspired by the work of Michael Orton who, in the 1980s, took to overlaying two photos of the same scene, one normal and the other blurred and overexposed. The normal photo provides the detail, and the blurred overlay provides the glow. This can be done today with a single picture in photoshop by duplicating it, blurring it, and lightening it. There are a few tutorials online on using the technique.

Is the Orton Effect Taking over Landscape Photography?

While the author of the second article worries it's being overused, and certainly a strong Orton effect is obvious, using a light touch can add a subtle quality to landscapes without making every picture look like Lord of the Rings.

To try it out, I took an old photo from a trip to Mendocino, taken with the small point-and-shoot Canon DSC-TX10, a camera released in 2011 - the picture was taken maybe a year later. This is working with just a JPEG so the same result can be achieved with any camera phone - indeed, modern phones will take pictures far superior to this.

I started with the photo as it came out of the camera. A not-bad-but-not-great shot of the classic Mendocino coastline. 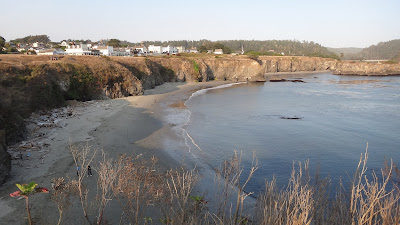 I then applied some sharpening and contrast with Photoshop layers. Now it has more "pop" but maybe too much. Definitely too much. Let's soften that up a bit. 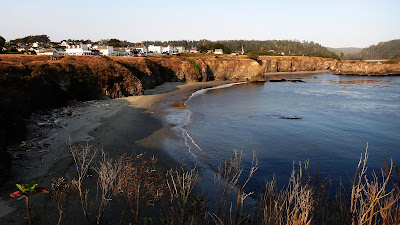 I copied the picture, applied a Gaussian blur, and lightened it. This will provide the "glow" around the details. 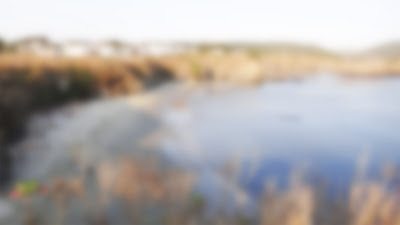 The final product, with the blurred layer nearly transparent (around a 25-30% opacity), softens the harsh contrast of the developed picture. It still has contrast and detail, but a subtle glow softens the landscape. 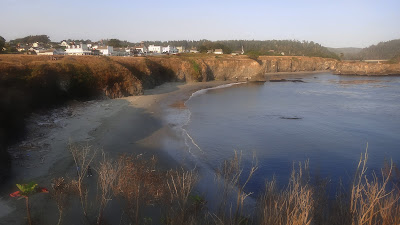 I can use the same technique but mask it so the effect is applied to the landscape and not the person (me) in this photo. 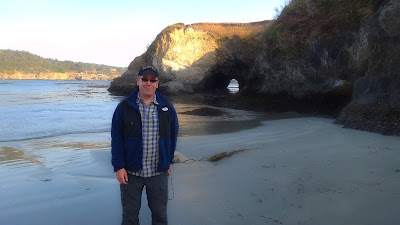 So not bad for an old JPEG. Now what happens if we try it with a modern RAW digital negative out of a DSLR? To find out, we went to Rowena Crest Viewpoint in northern Oregon.

Straight out of the camera you get a typical DSLR image, nice, if a little washed out: 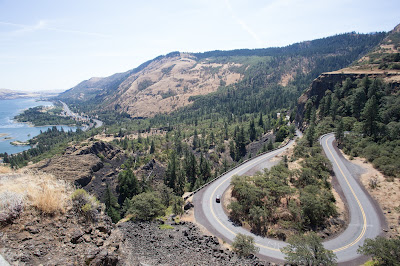 With sharpening, contrast, and color correction, I brought out the blue sky and the trees. 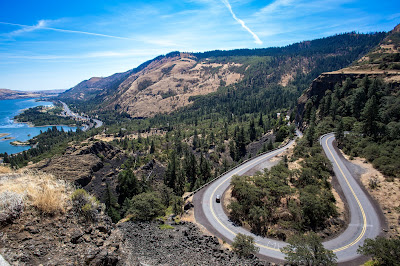 Sharp! A little too sharp. A lot of the Lightroom sliders that "clean up" a picture are based on edge-finding algorithms, so after sharpening, dehaze, contrast, etc., you could find sharp edges make things look cartoonish, like everything has a pencil outline.

Lightly adding a gaussian blur layer brings back some of that softness. You still get contrast in the detail, but it looks less like a drawing and more like a picture. 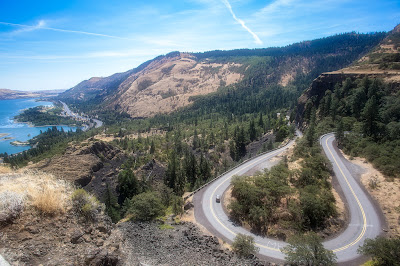 And, the same location masking the subject of photo... 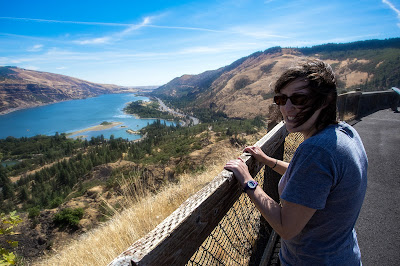 The fun of a hobby is finding new new tricks, trying them out, learning and perfecting the technique. While I wouldn't do this to every photo, it's good to know the otherworldly look is available if I want to use it, and the more subtle version can be applied if I want it. Learn and grow is the name of the game.